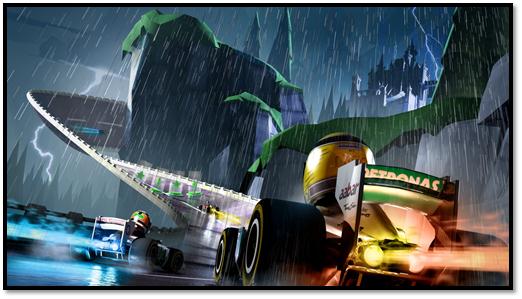 Do yourself a favour and check out the demo for Codemasters new upcoming racing title, F1 Racestars available today ahead of the anticipated release of the title on November 15th on out it.. In what looks to have some adrenalin pumping fast paced action, players will experience Formula One on steroids as they hurtle down the F1 Racestars Germany track, getting to try out both single player and four player split screen action. The tracks are jam packed with screeching hairpin corners, straights and jumps, giving players a glimpse at some of the racing environments on offer. 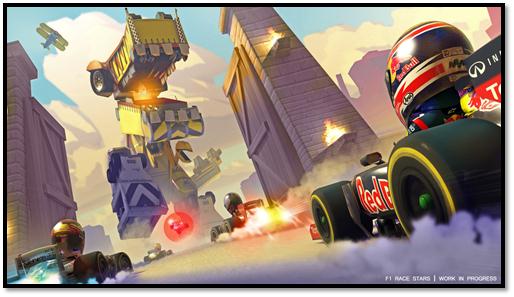 The demo will put players in the seats of such Formula One icons as Jenson Button, Fernando Alonso, Sebastian Vettel and Kimi Raikkonen as they race against other well known drivers as well as fictional characters all with their own individual personal touch. We all know the importance of Power Ups in   and F1 Racestars arms players with an arsenal of forces such as Wet Weather and DRS at their disposal to obliterate the competition. In conjunction with the release of the demo comes a new video trailer showcasing some of the games more over the top tracks and actions from dodging sumo robots in Japan, carnivals in Brazil and the mighty Truckosaurus in the good old USA.