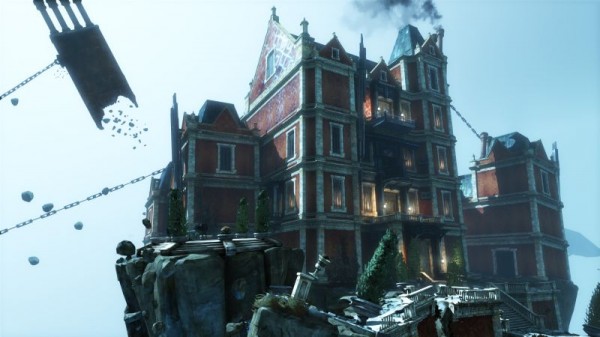 Today Bethesda and Arkane Studios announced when fans of Dishonored will be able to pick up the game’s add-on DLC. The Dunwall City Trials were announced back in October and we now know the DLC will be available on December 11 for PlayStation 3, Xbox 360, and PC for $4.99 or 400 MSP.

As for what this content will include, it will contain 10 challenge maps that are designed to test your “combat, stealth and mobility skills.” As you tackle a challenge you will need to kill as many enemies as you can as fast as you can, survive against an onslaught of alerted guards or string together various assassinations. Some screenshots of the stages and also a piece of artwork can be seen below.