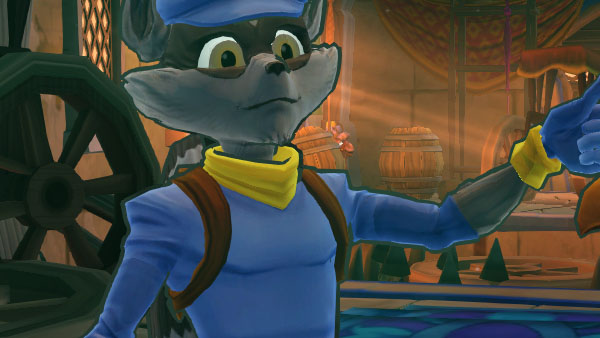 Sly Cooper is working up to his 2013 comeback. After years away from the gaming scene Thieves in Time will hit the PlayStation Vita and the PlayStation 3 on February 5th. A new trailer has just been released for the game, and to tie in with Halloween, it showcases the many costumes and special abilities that Sly will need to collect to pass -relatively- unnoticed through his literally historic trip.

Travelling through time will see Sly don some samurai armor and a Robin Hood like thief costume (complete with bow) and plenty of other identities that will come with their own unique special abilities.

Given the amount of gameplay being showed off in this latest trailer, everything looks like it’s pulling together to create a much sought after title. It is of course a cross buy game to boot, so this should be high on every Sony aficionados shopping list for the new year.

Make sure and check out the trailer attached below.

Sly Cooper: Thieves in Time out now in Australia