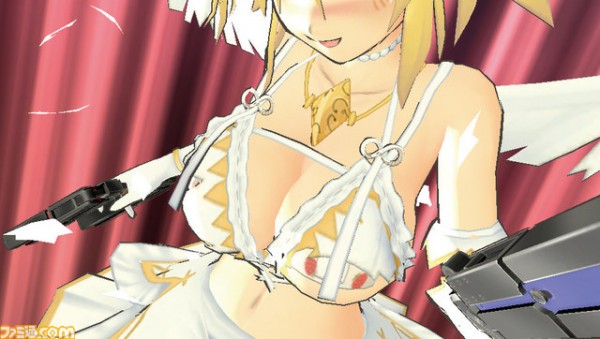 Remember yesterday when a few early details for Marvelous AQL’s Senran Kagura: Shinovi Versus were revealed by Famitsu? Well today Famitsu has not only provided images of the five girls revealed yesterday, but they have also revealed the below trailer which shows how the game will look in action for the first time.

As you can see in the video below, absolutely nothing has been lost in translation with Senran Kagura’s shift from being a 2D side-scroller to a 3D action game. Also, those who have been paying attention to past Senran Kagura releases will notice that a number of older characters are also returning in some form for this Vita exclusive. Artwork and a screenshot of each girl can be seen below, with Murasaki shown first, then Miyabi, Imu, Ryoubi and the busty Ryouna.