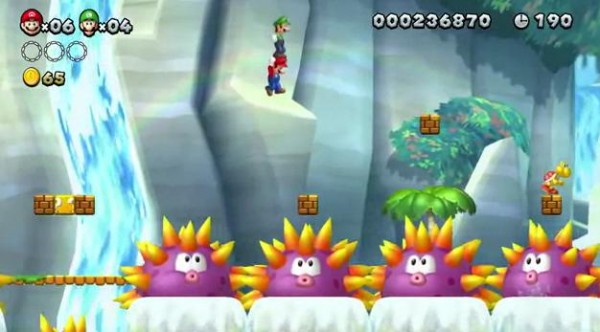 Say what you want about the New Super Mario Bros. line of games, but anyone has to admit they certainly sell well for Nintendo and until that halts, this series is around to stay for a good while. Today, Nintendo released a new trailer for the first ever HD Mario, showing off the co-op mode in all of it’s glory.

New power-ups, new enemies, and all of the bright, Mushroom Kingdom charms are running wild in the vid, and the co-op itself looks familiar, but still damn good. Check out the trailer below, and you can pick up New Super Mario Bros. U when it launches with the Wii U in November.

Telegames approved for development and publishing Wii U Games