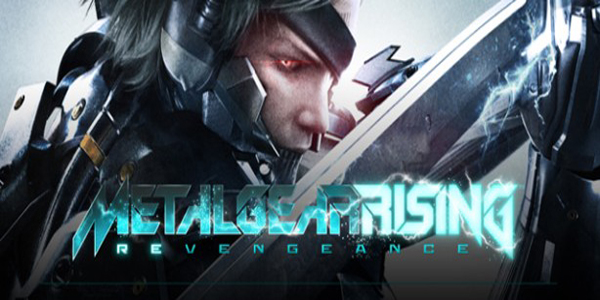 Today at the EB Games Expo we visited Konami’s booth within the main showroom of the convention hall. At this booth there were many games set up for players to take a look at. Most of these titles are still unreleased and in development. The one that I’ve taken a look at today was a title that I’m personally excited for, Metal Gear Rising: Revengeance.

In Metal Gear Rising: Revengeance players take on the role of Raiden the Cyborg Ninja dude thing from Metal Gear Solid. As Raiden, players are given some rather incredible skills as a close-range fighter. The most deadly of these, of course, are his deadly skills with a sword. Players will find themselves effortlessly dicing various objects within the game with incredible ease. Very incredible ease. have you seen those Ninja anime clips where a ninja will cut up a cherry blossom petal into a billion shards? Imagine doing that but to something like an enemy cyborg.

In our demonstration, I’m pretty sure we were put into the same level that was shown at E3 earlier this year, but for those of you who don’t know about the level, I’ll go into in more detail. The level that we were on was a VR simulation within the game (So VR within a VR? Inception!) where Raiden had to go through increasingly difficult challenges that served as a tutorial for the player. This means that players had to figure out how to use the various techniques within Raiden’s arsenal before they could move on. 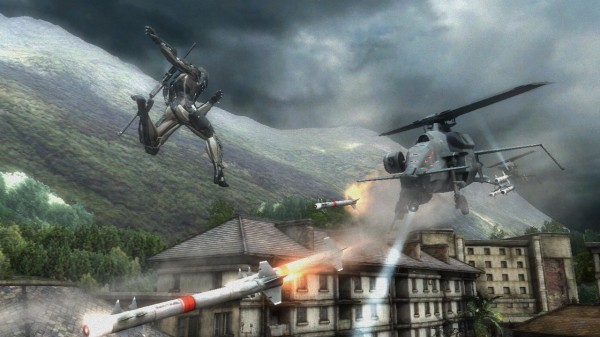 I actually really liked this aspect of the tutorial. Most tutorial levels would have the game force you to do something exactly how they wanted it done before you could move on. In this, you had a select number of targets, but you didn’t have to slice them in a particular fashion, you just had to do it quickly and cleanly to get a better score.

After this segment, you were taken to an area where you had to fight multiple drones to advance and then after that you had to run to this bit where you kill some more drones to obtain a keycard that opens a briefcase to take you to the next segment.

The best part about this level though, was that we got to fight this awesome Helicopter boss that was both cinematic and awesome. At one part of of the boss fight I found myself swording the Helicopter to the face, then a few seconds later I’m running around like a crazy robot ninja dodging incoming rockets. After that I’m firing missiles at the helicopter in order to bring it down. This entire fight ended when I RAN UP A STREAM OF MISSILES BEING FIRED AT ME AND SWORDED THE HELICOPTER TO DEATH! This game is a frenetic visual feast! You will absolutely love it!

Overall I IMMENSELY enjoyed my time with Metal Gear Rising: Revengeance and would definitely advise for everyone attending the EB Games Expo to try it out at the Konami Booth. Definitely a day one purchase for any gamer that loves to have FUN! 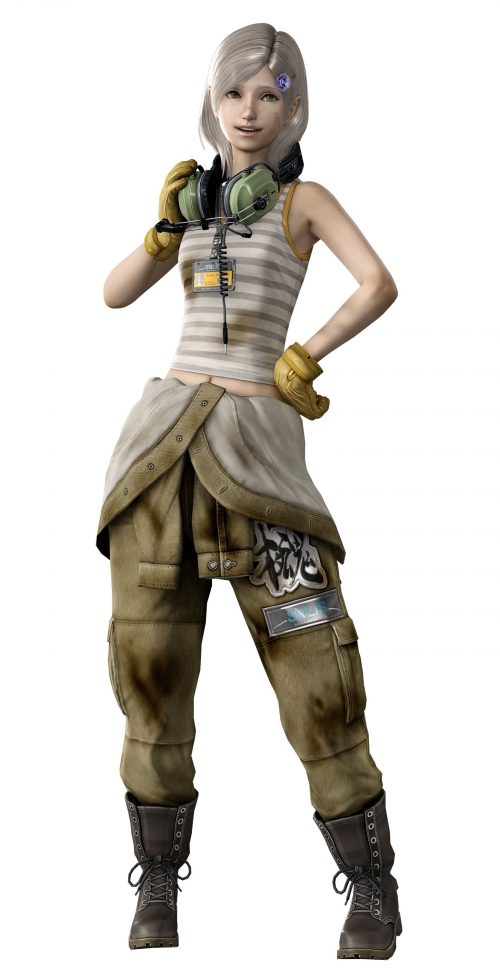