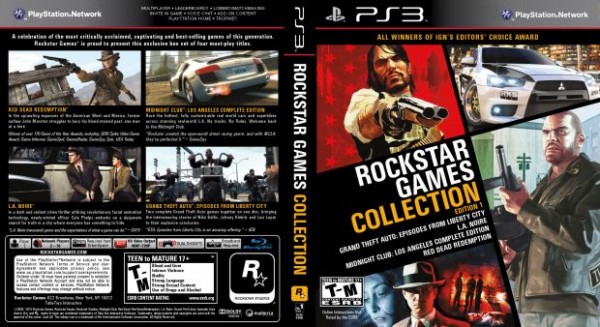 We’ve heard of various collections before, but most of them happen to be either collections of really old games or digital titles. Now Rockstar Games has come out and decided to release a rather massive looking four game bundle for the PlayStation 3 and Xbox 360.

This bundle is being called the Rockstar Games Collection and apparently there will be more than one of them considering this one is called Edition 1. The collection will include Grand Theft Auto: Episodes from Liberty City, L.A. Noire, Midnight Club: Los Angeles Complete Edition and Red Dead Redemption and it will be released on November 6th for $59.99.