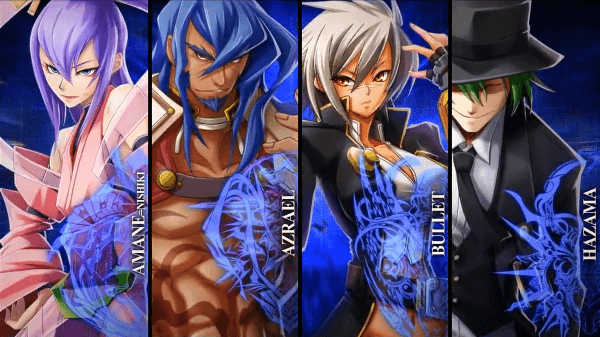 Last night Arc System Works revealed the opening video that will play anytime someone starts up BlazBlue: Chrono Phantasma which is the next entry in their well-known fighting series. The video, which can be seen below not only provides a look at how gorgeous this game is going to be, but also a brief glimpse of both Mu-12 and Nu-13.

BlazBlue: Chrono Phantasma will feature a number of new additions over past entries in the series, such as a brand new stylish control scheme to make it easier for newcomers to learn the ropes, as well as an Overdrive system for players well-versed with the game and three brand new characters in the form of Amane, Azrael and Bullet.

BlazBlue: Chrono Phantasma Out Today for the Playstation 3