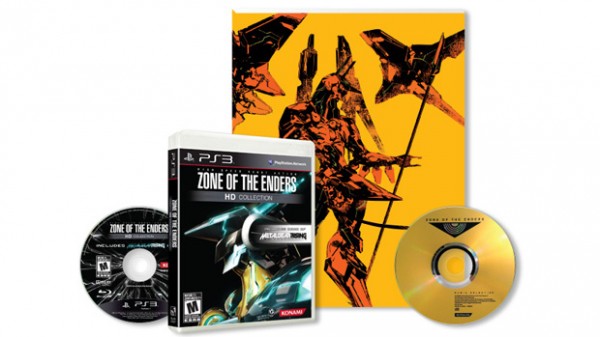 Konami has chosen to reveal a special collector’s edition for Zone of the Enders HD Collection today that will be released alongside the standard version of the game on October 30th. As you can see above, the Collector’s Edition will come with the game itself, a soundtrack and a neat 100-page art book.

Currently no price has been revealed for this version of the game, though the standard version only costs $39.99. As such, these inclusions probably won’t cost you too much extra but we shall see. Until then, check out some new screenshots showing off plenty of in-game footage below.