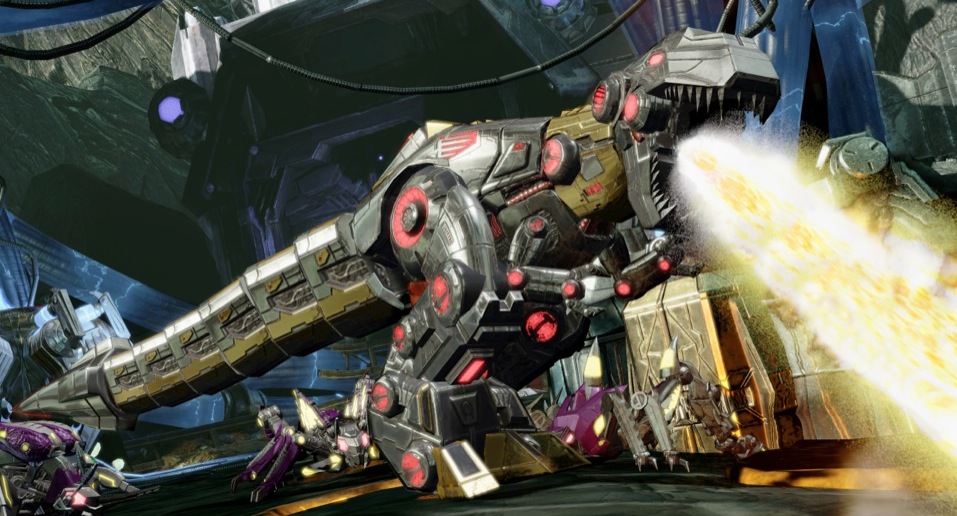 Anyone who hasnt had the pleasure of playing Transformers: Fall of Cybertron is missing out especially with all the cool new DLC being made available starting with the unleashing of the Insecticons upon the multiplayer arena. Available now for all XBox 360 and PS3 users to download is the Massive Fury pack, including Kickback, Sharpshot and Hardshell as well as Original Retro Optimus Prime and Autobot Hound. Their full body kits as well as individual parts are also available for use in the multiplayer character creator.

Also inlcuded for use exclusively within the single campaign is a character skin for Bruticus, as well as 2 Decepticon upgrades in the form of a Blast Cannon for Shockwave and a Mega Pistol for Lord Megatron.

Behind The Scenes: Creating Fall of Cybertron