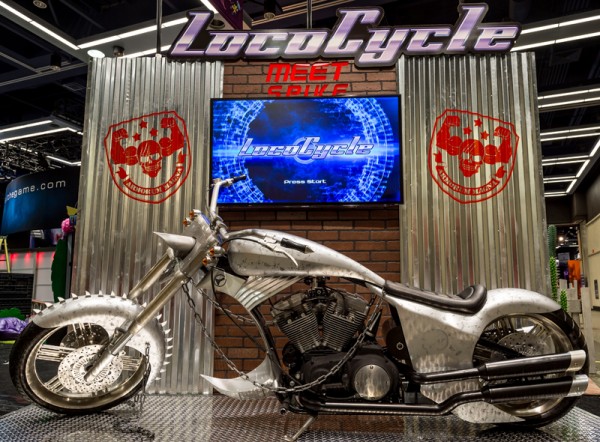 A real life S.P.I.K.E. the motorcycle was unveiled at PAX, taking the title of baddest automated combat motor bike ever. The bike itself is voiced by Robert Patrick, who has been seen in such shows like The Unit and The X Files. The bike was custom made by Southern Metal Choppers of Austin, Texas completely from scratch and weighs in at 600 pounds and measures over nine feet. The bike was built to promote Twisted Pixel’s upcoming racing game LocoCycle. S.P.I.K.E. is the main antagonist to hero bike I.R.I.S. in Lococycle. LocoCycle is slated for a 2013 release for the Xbox 360.