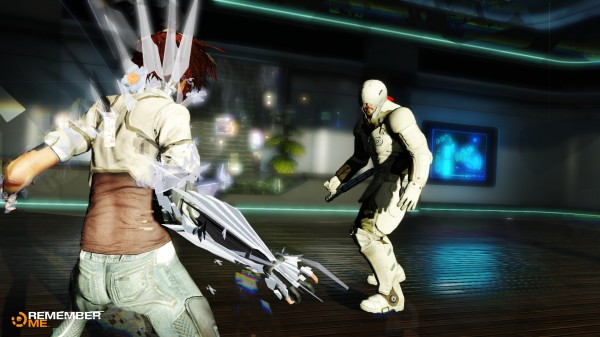 Remember when Capcom announced Remember Me a couple of months ago? Well I’m sure you do because it had quite a stylistic appearance. Well now that Tokyo Game Show is in full swing Capcom released a new trailer for Dontnod Entertainment’s Remember Me and in this video we are given a walkthrough of the game’s “Combo Lab” system.

This Combo Lab will allow players to create and customize their own combo attacks by unlocking and stringing together various fighting move memories. There are four combo sequences that can be remembered (unlocked) in the game and they can be customized in this mode. Each combo begins with a basic attack which can be followed up with a number of “Pressens.” But don’t listen to my explanation, listen to Remember Me’s creative director Jean-Maxime Moris give a much better one below!