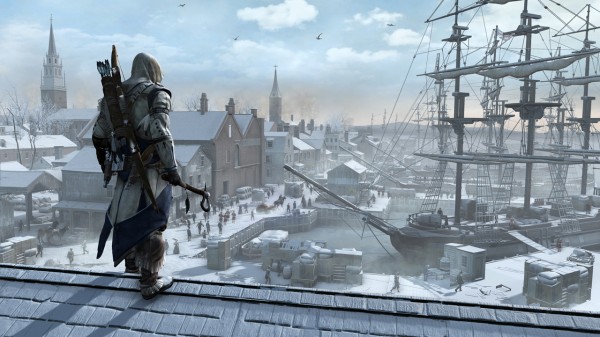 One of the most memorable events that led up to the American Revolution is the Boston Tea Party where a number of colonists dumped British tea crates into the Boston harbor happened in 1773 and it looks like you will be able to take part in it once Assassin’s Creed III hits stores on October 31st.

Ubisoft revealed this through the below trailer which gives viewers a brief history lesson while then saying that the true revolution was happening elsewhere… at the end of an assassin’s blades. Assassin’s Creed III will be available on the PlayStation 3 and Xbox 360 at launch, while a PC and Wii U version will be released in the following months.