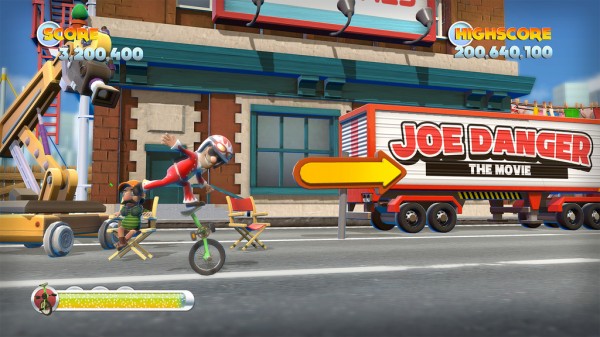 Hello Games, the UK developer that brought Joe Danger: Special Edition to the XBLA has announced that its sequel Joe Danger 2 The Movie will be releasing to XBLA September 14th this year.  Set to feature even more than the original game, Joe Danger 2 will have 100 scenes and more than 20 vehicles for Joe Danger to use.  A big release for the small team at Hello Games, the sequel to the hit game will feature up to 40 hours of gameplay and the ability to play against online ghosts of anyone who’s played the game.

Even better, for anyone that hasn’t downloaded a copy of Joe Danger: Special Edition, the game is now at half price or 600 MS points, in honor of the upcoming sequel.  So, those looking to try out the original can do so for cheap and get a taste of what will be coming for Joe Danger 2.