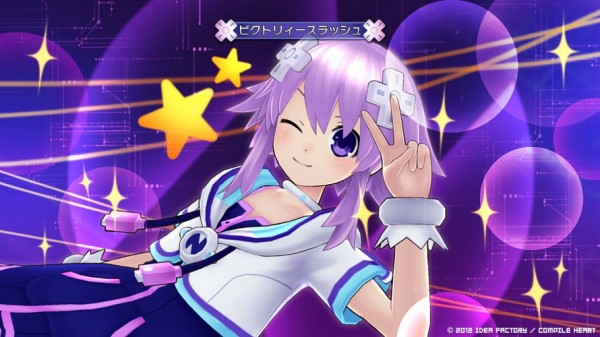 This may come as no surprise, given the fact that the first Hyperdimension Neptunia games have already made their way to the West via NIS America, but today during Tokyo Game Show the company chose to reveal that they will be bringing the latest game in the series to North America and Europe sometime in the Spring season next year.

Hyperdimension Neptune V which was released last month in Japan is now going to be called Hyperdimension Neptunia Victory. For those who don’t know, Neptune will be the main character in the game once again rather than her sister Nepgear and she is transported back into the ’80s. Not only will past characters return as allies, Neptune will meet a couple of new characters such as Yellow Heart and Iris Heart who will try to help her return back to her time.

Neptunia V gets a launch trailer in Japan