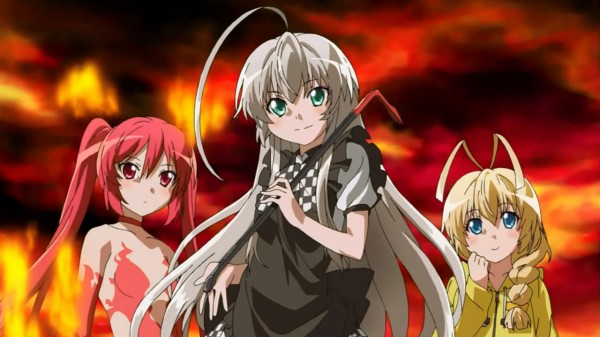 If you happen to be a fan of the anime Nyarko-san: Another Crawling Chaos, also known as Haiyore! Nyaruko-san, which aired earlier during the Spring anime season, then you will be happy to hear that the countdown on the anime’s official website has ended and revealed that a second season of the anime has been approved.

Currently it is unknown when the anime will start airing, though it will probably occur sometime late 2013. Haiyore! Nyaruko-san has so far gone unlicensed in the West, which is a true shame considering it was an excellent series with plenty of references to other anime, though it was available for streaming on Crunchyroll while it was airing in Japan.

Haiyore! Nyaruko-san draws a lot of references from H.P Lovecraft’s works, but rather than the characters being nightmaric creatures, they are moe female characters with special powers that begin circling around a certain boy.