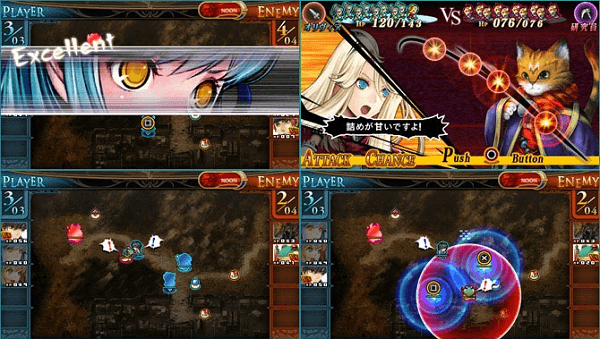 In a rather surprise announcement from Tokyo Game Show today, mostly a surprise as no one in the West probably even knows this series exists, we have NIS America announcing that they will be bringing Generation of Chaos 6 to the PlayStation Portable in North America and Europe under its new name of Generation of Chaos: Pandora’s Reflection.

Pandora’s Reflection is meant to be a RTS styled game where players will have to move their units on a battlefield and take over various locations to set up weaponry and all that. Players will be able to upgrade their characters and weapons with Alchemy Points which are dropped from defeated enemies. Currently the game is meant to be released in February 2013 as a digital download and you can see a few small screenshots put together up above.

Generation of Chaos: Pandora’s Reflection is now available for the PSP and Vita