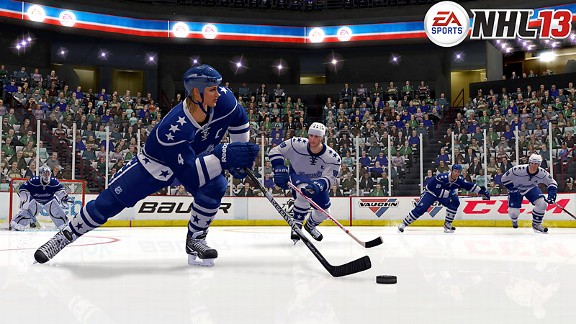 While EA Sports’ NHL series has been around for quite some time, there is one thing that the roster in these games has always lacked… female players. Well, this was slightly changed last year in NHL 12 when players were given the ability to create a female player in the game’s Be a Pro mode, but now EA Sports has revealed that two real athletes are being added to the list.

Former member of Team USA Angela Ruggiero (pictured above) and former member of Team Canada Hayley Wickenheiser will be added into the title. This marks the first time ever that the NHL series has included authentic female players. Announced alongside these two four time gold medalists were NHL Hall of Famers Doug Gilmour, Jari Kurri and Dominik Hasek.

NHL 13 Cover Star To Be Decided By Fans