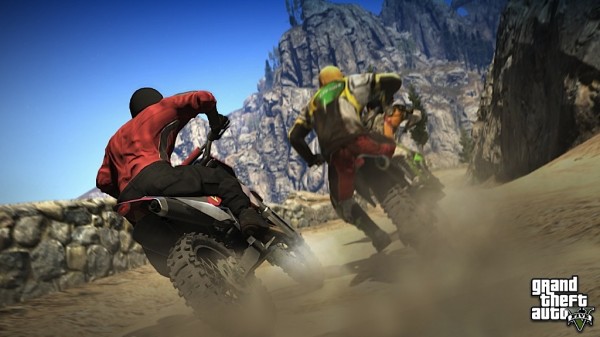 It seems that Rockstar really wants to spoil fans of their upcoming Grand Theft Auto V, because not only did they release some vehicle screenshots earlier in the week, but now they have released even more screenshots! Of course, there are only three of these images so curb your enthusiasm.

The images shown below reveal some various activities that will occur within GTA V, such as skydiving, dirt bike racing and even tennis, though it is unknown if players will legitimately be able to play tennis once the game is released. Nothing says leisure activity like hitting a ball with a racket that you just used to bash the referee’s face in with right?