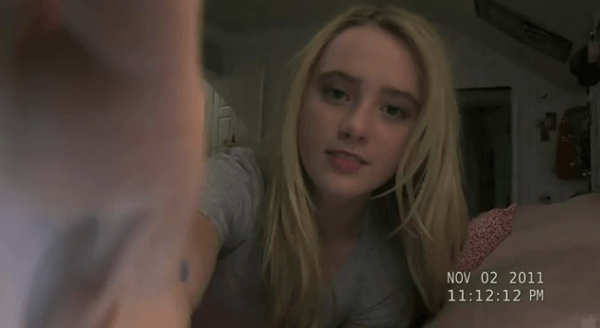 Oh Paranormal Activity, how long will your franchise go on for before you’re put down? The fourth Paranormal Activity trailer has been released and it seems that we’re going to see what happened to Hunter and Katie after the second film when they disappeared into the night.

Paranormal Activity 4 has the main character of a teenage girl who looks like she just stepped off a billboard ad, and has had some really creepy neighbours move in next door. Including a little boy who likes standing outside her house late at night. Maybe he just doesn’t know how to say that he lost his ball in their yard?

The fact that the main character is a hysterical teenager means that the movie will lose some legitimacy (whatever little legitimacy a Paranormal Activity movie has, anyway), and there will probably be some screaming and whatnot. The scariest parts of the previous movies were when the adults started freaking out, because you know when the logical adults are freaking out that something serious is going down. But hey, I guess it will be interesting to see where they go with this sequel and what happened to Katie and Hunter post-demon-run.

Watch the trailer below. What do you guys think? Are you fans of the franchise? Does this make you not want to see it, or want to?