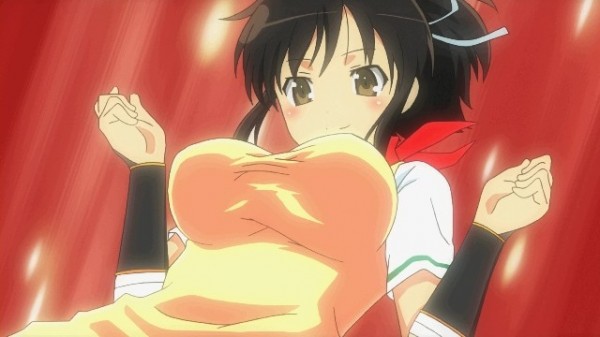 There are a few anime series out there which you pretty much don’t want anyone to catch you watching as they would be absolutely terrible to explain, such as Queen’s Blade or Ikki Tousen. Now it seems like another one of these boobalicious anime is going to begin airing in Japan sometime soon.

Then again, given the fact that the anime is actually the Senran Kagura anime, the amount of bouncing breasts and provocative scenes seem adequate enough. For those who don’t know, Senran Kagura is a 3DS game developed by Marvelous Entertainment which currently has a sequel in development, that featured busty ninjas in side-scrolling action. It is worth noting that the below footage is from an attendee at Comiket 82 so the video is a bit low in quality.

Senran Kagura Burst to be released in Europe as well