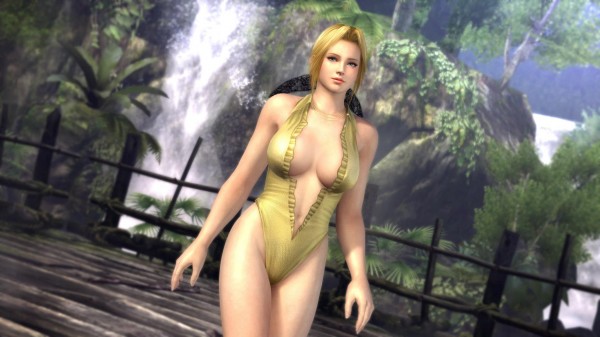 Hey look, Helena in her collector’s edition swimsuit! But wait, there is more! Today Tecmo Koei released another video in their developer diary series “Fighter Chronicles.” In this one viewers will see a number of the game’s developers as they talk about how well known most of the characters have gotten over the series and how it was difficult at times to add new moves to pre-existing characters.

They go on to talk about how the company is taking a more “mature” approach to the sexiness that Dead or Alive is known for with this upcoming game by looking at various things that occur around them in everyday life, such as realistic hair movement, dirt, sweat and of course… the breast physics. The video itself can be seen below and hey, Helena is up there too if you want to check again, now the only one missing is Lisa (La Mariposa.)