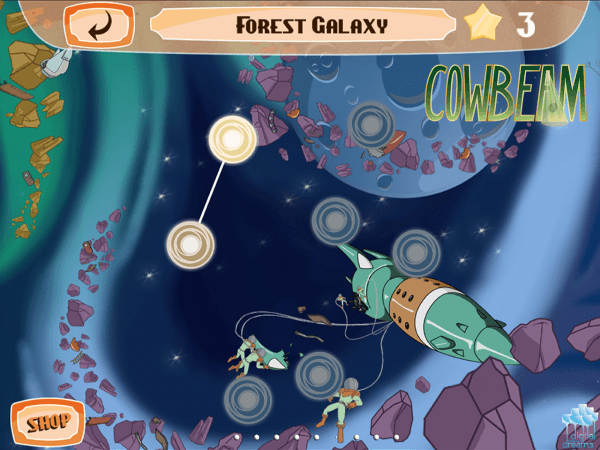 Digital Dreams released Cowbeam to the iTunes App Store today. In addition, a short animation was released to celebrate the release of Cowbeam. The game is available for both the iPhone and the iPad and stars Hank the alien. Players will need to seek out a cow hidden on a planet and are only armed with several clues on the planet’s distinguishing features such as the amount of orbiting moons or the planets size. Each cow will look like the planet the players found the cow on. There are almost five million unique cows to find and 14 unlockable upgrades. Cowbeam is regularly priced at $1.99 but will be on sale for $0.99 for one week only, so be sure to snag it here.