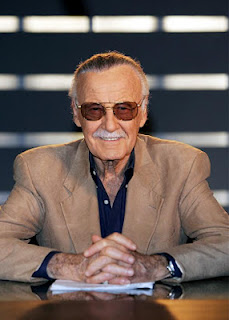 Almost everyone in the world, regardless of background, their dedication to comic books, and how much they know about pop culture, recognizes the name Stan Lee. Immediately once you hear the name you think of Marvel comics, Spider-man, or just a cool looking guy with tinted glasses. The legacy of Stan Lee surpasses any one person, or generation, he is responsible for creating something that has touched so many people, and affected so many, that his name is almost bigger than he is.

Here at Capsule Computers were lucky enough to be in attendance at the Oz Comic Con 2012 panel for Stan Lee, which was packed right to breaking point, and full of so many adoring fans that the atmosphere in the room was incredible. Somewhere between shock and delirious excitement, it would have been hard to not feel the love in the room.

The thing that first struck me, as someone who appreciates comic books, and loves me some good super heroes, but hasn’t quite crossed into that fan girl stage, was the utter humility and humour with which Stan Lee presents himself. Not only does his name and legacy represent something so much larger than life, but he seems to understand it as well. He was full of self-deprecating humour and didn’t seem to take himself anywhere near as seriously as most of the people in the room did. He, honestly, seemed just as happy to be there as everyone else was.

He had the largest and most active stage presence, his personality seemed to fill up the entire room, and every time he’d answer a question, or finish a story, everyone would burst into applause and cheer him for it. And it was deserved, given that he must have an incredible history around the convention track and that experience really worked well for him.

One example of his humility was when someone asked if he could travel to any point in time where would he go, and he answered back to the beginning when he was working on comics with Jack Kirby and Joe Simon and how Jack Kirby would draw so well that it would actually inspire him to write the amazing stories that he did. While Jack Kirby certainly deserves credit for his art, the fact that as a writer Stan Lee passes the credit onto him for that shows just how humbled and lacking in arrogance he is. Which is quite a feat, given just how many times that weekend alone he must have been told that he was someone’s idol, or hero, or just that he was the most amazing human being. 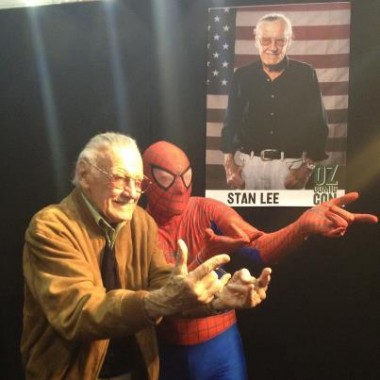 On the slightly more serious side of things, he also discussed the Disney purchase of Marvel and how that wouldn’t affect the movies that they were bringing out, but instead just give them ‘deeper pockets’ with which to make their movies. This comment of course will incite doubt from the community, but nevertheless, you can’t not believe Stan Lee. After all he is Stan Lee, and he does have his cameos in the movies so he can’t let the movies get Disney-fied.

His cameos were also a subject that he talked about and, in a moment of confidence, revealed to us that he had doubled the Avengers sales just through his cameo. Because people may have missed it, so they immediately bought another ticket just to catch it. Now, I’m not one to normally laugh out loud when watching something, but I can freely admit that Stan Lee had me in stitches.

It was a tragically short panel unfortunately, I could have listened to Stan Lee talk all day, and I’m sure I wasn’t alone in that. Still, however brief a period, it was well worth the time and this certainly isn’t a forgettable experience at all.

Check out the rest of our Oz Comic Con coverage on the rest of the site, including panels, and interviews!