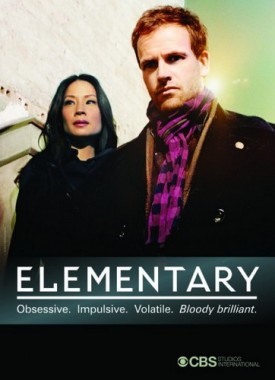 Great news for fans of the character Sherlock Holmes – CBS is set to release a new show called Elementary that will be a modern take on the old classic in the fall. However, not everyone is taking the news well, with fans of the BBC Sherlock show criticising it even before its release. Americans tend to have a habit of ‘ruining’ shows, which is where a lot of the criticism is coming from, even though Elementary isn’t based on the BBC version, but rather the original Sherlock Holmes series. Another source of the criticism is the casting of Lucy Liu as Dr Watson.

In an interesting move by the creators of Elementary instead of casting the usual white male in the role of John Watson they have changed it to Joan Watson and cast a ‘woman of colour’. Lucy Liu spoke about the role at the San Diego Comic Con Round Table:

“This will be interesting, because there’s a lot of history behind Sherlock Holmes and Watson, and I’m sure there’s going to be a lot of opinions about the idea that we’re remaking it, and that we named the characters Holmes and Watson, and I’m playing a female Watson and, what’s the deal with that?! So some people are going to be excited that we’re turning it on its head, and some people are going to be kind of shaking their heads, like, ‘This is a bad idea.’

“I mean the thing is, when you go into anything everyone has an opinion. And when we did Charlie’s Angels, everyone was like ‘This is going to be a huge flop, this is a disaster, this is a mistake.’ And all I could think about was, ‘Wow this is amazing,’ because they’ve cast an Asian person as one of the Angels, and when I was growing up it was the idea that it was all Caucasian. So that was, for me, like, ‘who cares about anything else’? And for me this time it’s about that Watson is a female. And a lot of people who are of ethnic background have come up to me and said, ‘It’s so great that you’re playing Watson and you’re representing a big, you know, minority section of actors and people in the world’.”

But don’t worry, just because Watson is a female doesn’t mean that the two main characters get together, Doherty reassured fans that there won’t be a romantic story line between Holmes and Watson.

“When this opportunity arose, I did a lot of research — psychological assessments of original characters by actual doctors — and Holmes struggled a bit with women, He struggled with people in general, but there are moments when he doesn’t quite get the fairer sex,” creator Doherty said. “It made me laugh: the idea of what would be more trying than Sherlock Holmes living with a Watson who’s also a woman. It really shouldn’t make a difference; it’s a challenge of the series to not turn it into a will-they-or-won’t-they. It’s not about that, it’s about honoring the source material and … the bond.”

Check out the fall preview behind the scenes of Elementary below. What do you think? Will Elementary fill the shoes of the famous detective? Are you in support or doubtful of the gender swap for Watson? 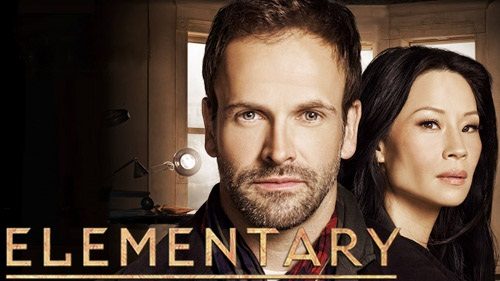