Have you heard the legend of Slender Man? I hadn’t until yesterday. My girlfriend told me how she’d had trouble sleeping the night before because Slender Man was creepin’ at her window. I had no idea what she meant until she explained: apparently he’s a tall, long-limbed humanoid creature, wearing a suit and tie (for some reason), who snatches children and… I don’t know, kills people, I guess. Oh, and he has no face.

Suddenly the tree outside the window looked a little too… slender.

The origin story of this disturbing creature is less than mysterious: he’s an Internet meme, born in a forum dedicated to inventing urban legends to see if they can catch on in “serious” paranormal forums.

That makes Slender Man an interesting specimen, then: he’s not really a mythical creature, he’s a mythical mythical creature. One who’s myth we’ve seen evolve before our eyes and gain momentum through forum-troll satire and naïve, troll-bait readers.

Regardless of his fictional status, he’s a genuinely creepy figure, as evidenced by my girlfriend’s insistence that he was at her window. It comes from the same childhood fear of movie monsters: we know they aren’t real, but when it gets dark, we feel like they could be. 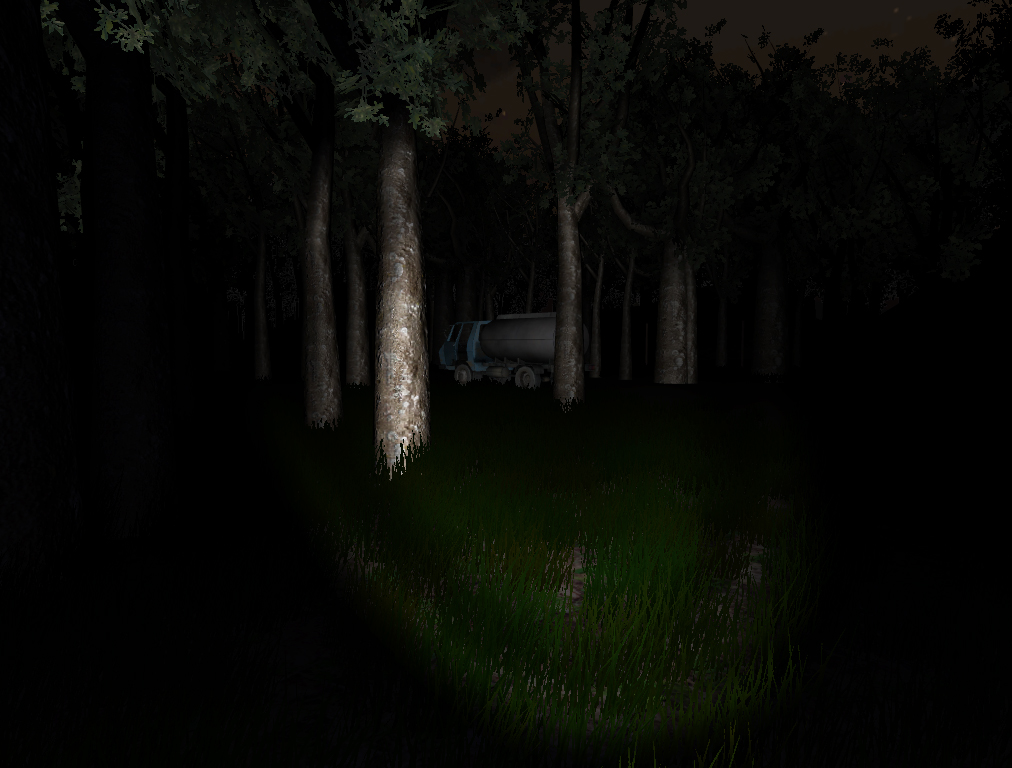 Slender Man has been the subject of some (rather lame) YouTube videos, but Parsec Productions’ simple horror game, Slender, presents him in a much more terrifying way.

Let me take the opportunity here for you to download the game and try it for yourself, before I potentially spoil it for you. I don’t think I will, but you might prefer to go in not knowing what to expect.

Still with me? Good. Now, whether it’s just a rough shareware game, or the beta version of a bigger project, Slender is undeniably scary. Players wander through the forest after dark, collecting pages of information on the mysterious Slender Man, who is never far away, always watching.

Armed only with a torch and the limited ability to sprint, you have to keep moving, lest he catch up to you.

At first, you won’t see anything but trees in your short beam of light, but soon the occasional landmark will appear. An abandoned truck. Rows of rusted boilers. A gnarled old tree. By the time you find your first page, your confidence begins to return. Maybe there’s nothing out here. 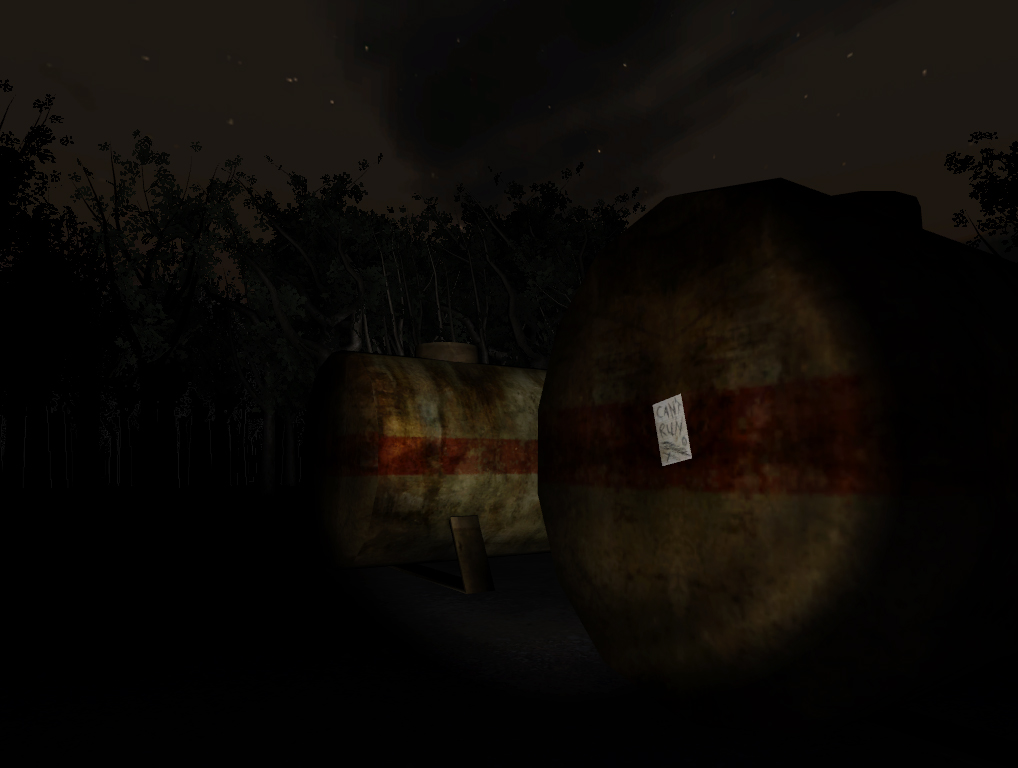 But pick that paper up, and tension quickly settles in. Ominous music will swell, and glancing behind you, you might start to see a tall, slender figure lurking motionless among the trees.

You’ll soon figure out that while you’re looking at him, he won’t move. But turn your back, and he’ll advance, slowly. Maybe not fast enough to actually reach you, but enough to invoke panic. Just… don’t stand still.

The more pages you find, the closer he’ll seem. After a while, it’s best not to look back. Knowing that he can’t move when you’re staring at him, it might seem like a good way to slow his approach. But actually laying eyes on your pursuer can have detrimental effects on your mental state – a gameplay equivalent of the creature’s supposed technique of inspiring fear and panic in order to ensnare its prey.

So you don’t look back. But if the forest sounds begin to give way to a low static buzz, Slender Man is near. If your screen begins to flicker, it might be a good time to pocket the torch and run. Because if the static gets too loud, you might find you no longer have control of your body, and you are spun around unwillingly to face your shadow.

Right, no sleep for me tonight. 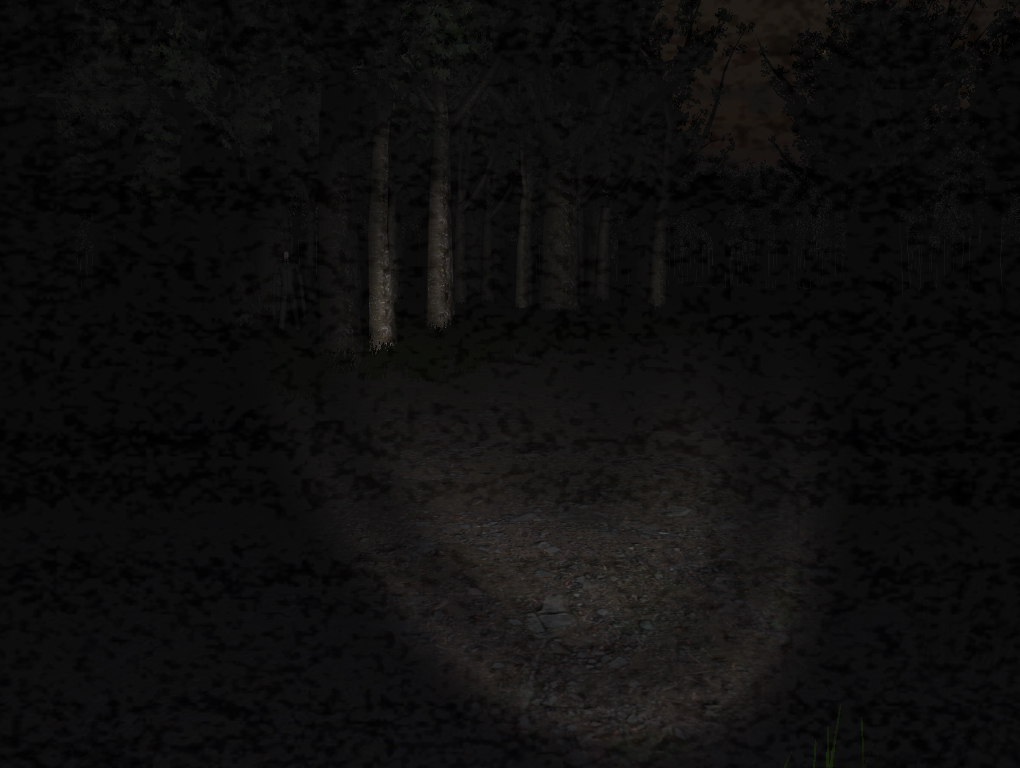 All told, Slender is quite a disturbing experience, in the same vein as Amnesia (albeit far less polished). At a time when classic survival-horror franchises are moving away from their terrifying roots and towards more actiony shooter games – I’m looking at you, Resident Evil 6 and Dead Space 3 – indie projects like Slender are a breath of fresh air. I dare you to play it in the dark, alone, with headphones.

If you like your scares psychological and atmospheric, you’d do well to download Slender, available for free here.

Slender Creeping On To PS3 and Xbox 360 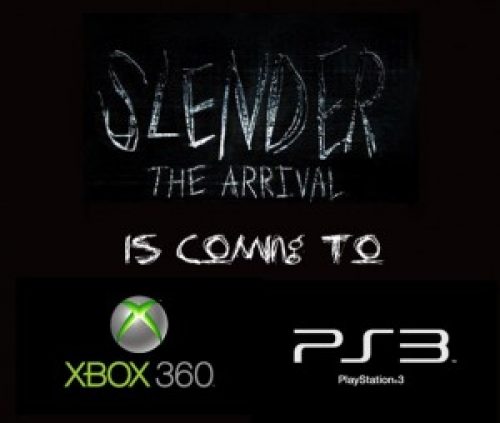