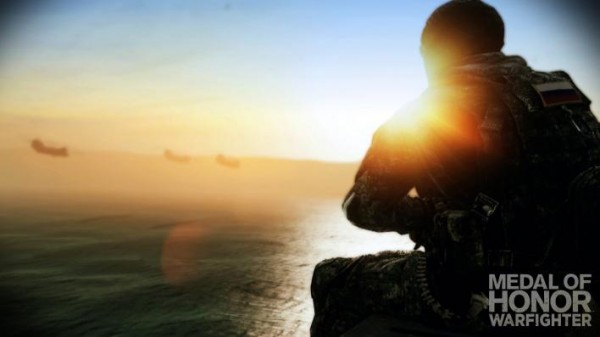 Earlier today both myself and Luke Halliday were invited down to EA’s office in Sydney to have a bit of a preview run of their upcoming Medal Of Honor game, Medal Of Honor: Warfighter. Before I begin this preview, I want everyone to be aware that the build that were playing on was a pre-alpha build of the game and so anything that goes into this preview could be removed or altered at any time. This will just be a general overview of the event and the impressions of our gameplay session.

So the event started off with players splitting off into pairs to become buddies in the upcoming multiplayer match. Of course, both Luke and myself paired up for this challenge and chose to sit at a couple of PCs located near the back and close together. Once the match started, we were both assigned to each other as a Fire Team, which I liken much to Battlefield 3’s squad system, but with a few differences.

The first of these differences, I found, was that a Fire Team only consisted of two players, as opposed to four. The second change was that players could spawn on their teammate under a few conditions. The first of those is that if your buddy is in cover for your respawn cooldown, the second was that if your buddy killed the enemy that killed you and the third was just a normal spawn at a predetermined spawn point. Be sure to check out Luke Halliday’s Fire team impressions here.

Anyway, so the match started and we were on this beachhead level with three control points that act as multipliers for kills. The first team to reach a certain score wins and maintaining control of these control points is crucial to achieving a quick victory. At the start of a match players are able to choose a class for their soldier and they range in the usual styles: Snipers, Heavy weapons, assault rifles, carbines and shotguns. 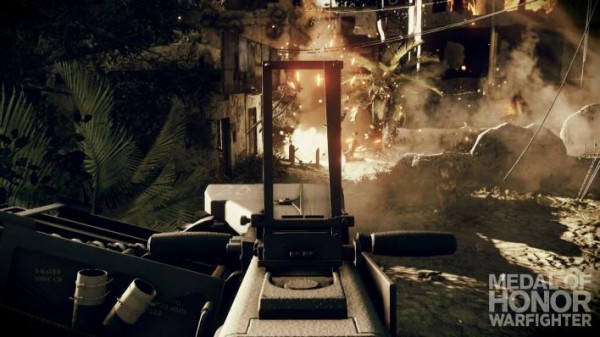 If I recall correctly, we were playing a LAN match over local infrastructure for this build of the game and there were two teams. As far as I was aware, the teams were split down the middle of the room, with one half facing the other. Anyway so the match began and our Fire Team (consisting of Luke and Myself) immediately took to capturing points. Of course, it was the first time playing on that map and I had no idea where I was going. This is why I spent the first round getting to know the map and the adjusting the controls to my liking.

The gameplay in this latest Medal Of Honor offering is very similar to current FPS’ games in that players run, shoot, prone, crouch and the like in a method similar to how it is that they’re used to. During my playthrough I found myself utilising each kind of standing position (standing, crouch, prone) for different purposes. For instance, I was being shot at by an enemy player and I hit prone to conceal myself with cover until my health regenerated.

The map we were on, I felt, was a little bit too small for this kind of game. I mean, as a Deathmatch style player, small maps are my thing, but, for this kind of game, it just didn’t feel right. It was fun, yeah, but the capture points were spaced too close together which made capturing each point a quick and easy task. We found that we could get our entire team to a point being captured in the time it took for most of the enemy team to respawn, thus locking them into their own bases and keeping control of all three points. In fact, that plan was so successful the first time that we utilised it in each subsequent round.

What I really liked about the feel of the gameplay was that switching weapons is a quick and easy affair. This made some firefights a breeze, especially those where I’d run out of ammo and have to immediately switch to my pistol. Unfortunately, this happened many times (especially in the later matches) where I’d be in a firefight with a bunch of other journalists and run out of ammo and have to quickly switch. Also, why am I so good at this game? Our Fire Squad ranked first in 4/5 games with me coming first (on the team) in at least three of them. 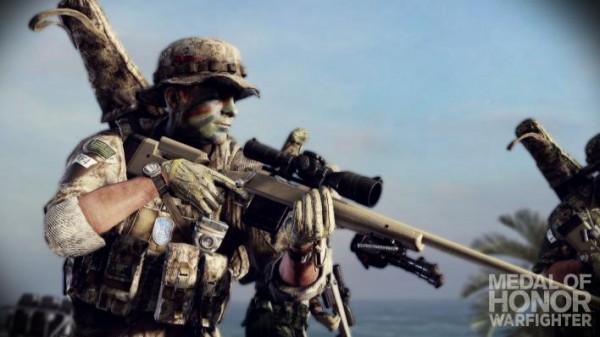 Visually, Medal Of Honor: Warfighter is an incredibly nice thing to look at. It’s running on the brilliant Frostbite 2 engine that powers Battlefield 3 and is capable of pushing out some amazing visuals. However, unlike Battlefield 3, the environments are not fully destructible but are actually only partially destructible. Although for this kind of game, I think it works really well. This isn’t Battlefield, it’s Medal of Honor, and as such, it should be treated like it.

Overall we -really- enjoyed what we played of the game. This will probably be one of the best multiplayer shooters after it is released and offers something different in comparison to it’s primary competitors. Is it better than Battlefield like the trailer says? I’m not sure. However, it is *different* to Battlefield and should be judged on it’s own merits.

PC: Medal Of Honor to Have Open Beta For Four Days

EA Goes to War with All New Medal of Honor 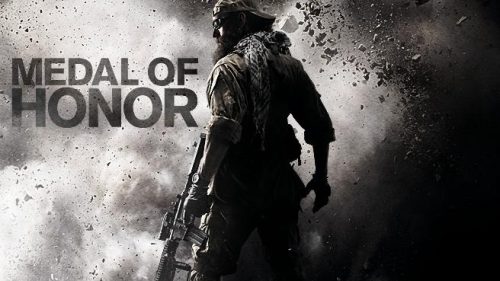