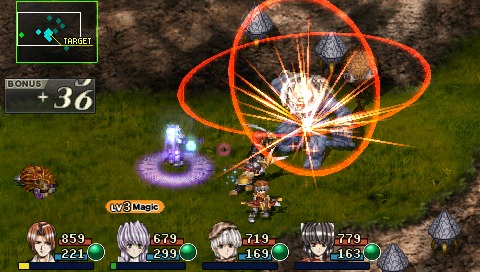 With most RPGs moving into the action RPG format, there are only a few companies still out there that believe in old-school combat mechanics and tactical fighting. One such company happens to be Atlus USA and their upcoming game Growlanser: Wayfarer of Time which will be released next week on the PlayStation Portable.

The gameplay trailer can be seen below and in this we are treated to some classic TRPG action. It is worth noting that Growlanser: Wayfarer of Time will not be compatible with the PlayStation Vita upon release, though if Gungnir is anything to go by, it may be compatible around a month after release.