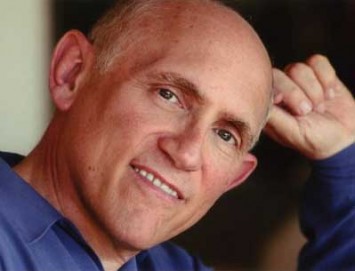 While he’s best known for being the face behind the heavy makeup of Quark from Star Trek, Armin Shimerman has had an illustrious career in theatre, film, television, and more recently, video games. You might remember him as Principal Snyder in Buffy the Vampire Slayer, Dr Nefarious in Ratchet & Clank, the Salarian Councillor in the Mass Effect series, and of course, the enigmatic antagonist, Andrew Ryan, in the Bioshock series.

We caught up with him at Oz Comic Con in Melbourne this weekend, and asked him a few questions about how working for video games compares to other media.

Capsule Computers: Coming from your background, with a long career in theatre, film and television, have you found yourself drawn towards a particular type of character at all?

Armin Shimerman: I have, especially in video games. Because of what I look like, and what I sound like, Hollywood doesn’t necessarily cast me in the role of idealist. I rather like doing those for video games, sort of being the voice of reason, or someone with a point of view that’s very serious. I like that a lot, it’s such a change from the comedic roles I usually play on camera.

Andrew Ryan was a phenomenal treat for me, the writing was as exquisite a character as I’d ever performed, including many of the Shakespearean roles that I’ve done. The monologues for Andrew Ryan were just incredible. I imagine that’s why gamers who play Bioshock are particularly taken with him. It’s an Ayn Rand point of view, and that appeals to a lot of people, especially young people. I was a huge Ayn Rand fan when I was in my teens and twenties, as you get older you sort of lose that, but perhaps a lot of gamers are in that age range. It still appeals to me, when I revisit Ayn Rand, there’s a lot of it that’s appealing, I just don’t believe it’s the be-all and end-all as I once did, when I was a teenager.

CC: How did you move into video game voice work?

AS: All actors in Los Angeles have two types of agents. They have a theatrical agent, for film and TV, and a commercial agent which is for commercials. My commercial agent also covers voice-over actors, and my voiceover agent said to me, will you audition for a cartoon show? Which I did, and I got. The director of that was a lady named Chris Zimmerman, and she also does games, so she asked me to audition for some games. And that’s how my career started, I began to do games for Chris, I learned how to do that sort of work better, and eventually other directors began to hire me. 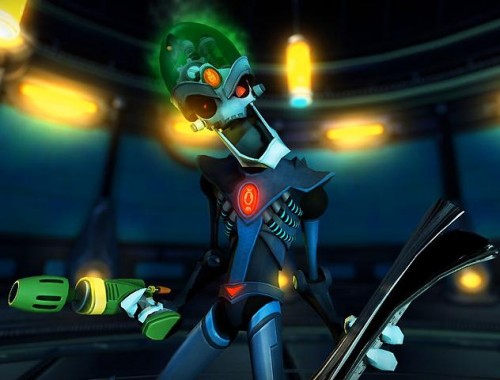 CC: How does recording for video games differ from film and TV, in your experience?

Most actors, myself included, we get a lot of our performance from listening to and watching the other actors you’re working with. But in a booth you don’t have that luxury. You have to use your imagination to think, “ok, how is the other character responding?” Whether you’re right or wrong, I guess it doesn’t make any difference.

Game voices, you’re in a booth by yourself, talking to a microphone and hopefully you’re doing the right thing. The director will sort of give you feedback and clarify some of your intentions, but in the end you have to use your imagination and hope you’re in the right place.

Then its up to the director and the engineers to make it all fit together. It’s a much more collaborative work with the director in voiceover work than it is on camera. On camera, the director does give you pointers, but mostly you’re taking your lead from the other actors.

Working in video games, you can do roles that no one would ever cast you for on camera. I certainly don’t look anything Andrew Ryan. And so I get a chance to play characters that I’d never get the opportunity to either on camera or on stage. And that is a great, great delight to me and other voice actors. 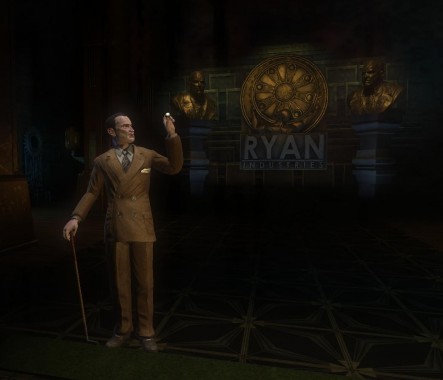 CC: How much of the story, art and visual style of Bioshock were you given to help with the performance of Andrew Ryan?

I was given no information except the words themselves. I was given a somewhat sketchy background of the world the game took part in, but no more than that. They simply said this is an Ayn Rand sort of character. I certainly didn’t know the fate of Andrew Ryan, I didn’t know whether he was a hero or a villain – I still don’t really know that.

It was a surprise to me when I finally saw what Andrew Ryan looked like, because of course he doesn’t look anything like me. But I should never have expected that.

CC: So have you seen much of the final character designs, and the art and style?

AS: I have, and it’s exquisite. The success of the game, I believe, is due to one, the graphics, which are incredibly beautiful, and two, the depth of the characters. 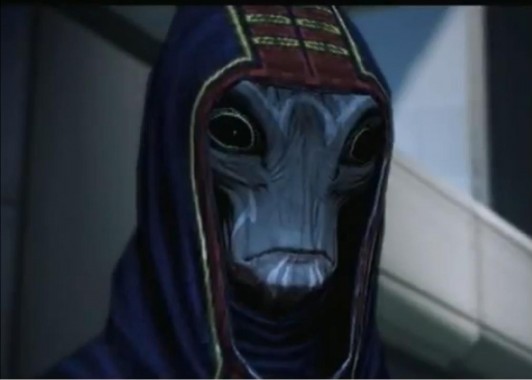 CC: Playing the Salarian Councillor in the Mass Effect series, was there a challenge in giving a voice to a character from a species that has a very specific manner of speaking?

That’s actually not challenging at all, understand my background is in Shakespeare. With Shakespeare there are sort of guidelines about how to speak, and not only respecting the verse but respecting the rhetoric, and of course enunciation. So I used all my classical background in order to do the Salarian.

CC: Is there anything on the horizon in terms of video games?
AS: Yes, there is one I did just last week. But they told me I’m not allowed to talk about it yet.

For more interviews, panels and impressions, check out the rest of our coverage of Oz Comic Con.