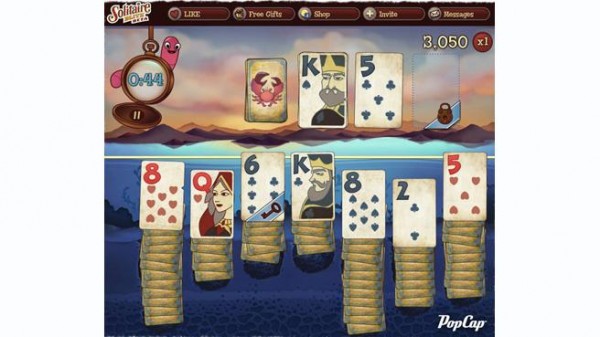 PopCap Games is teaming up with two avid Solitaire Blitz players in an attempt to set the Guinness World Book of Records for longest video games marathon playing a card game. Laura Rich from Cardiff, Wales and Kathleen Henkel of Oakland, New Jersey will both attempt to play for 30 hours straight while raising money for charity:water. This charity helps bring clean and safe drinking water to developing nations. 100% of the money raised will go to charity: water. PopCap Games has pledged to donate  £6,500 if Ms. Rich and Ms. Henkel are able to play for the 30 hours. The public is also invited to make donations to charity:water during this marathon.

If those in London wish to see Laura Rich in her 30 hour marathon, drop by the SEA LIFE London Aquarium. The event starts at 2:00 PM GMT on Tuesday, June 26th and the public will be allowed entry from 10:00am to 5:00pm GMT. At the same time, Kathleen Henkel will be in New York at The Lab, situated on the ground floor of the Roger Smith Hotel.