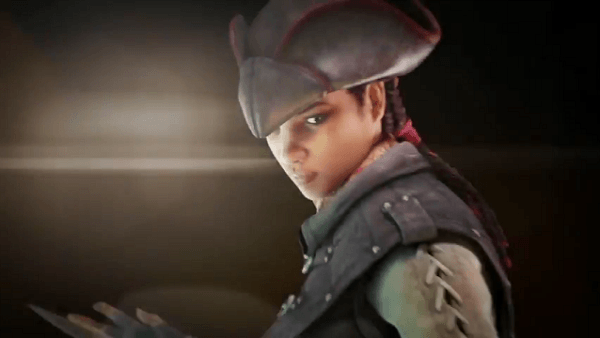 While the cat may have been let out of the bag a little early for Sony and Ubisoft’s tastes, that didn’t hold Sony back from proudly revealing that an Assassin’s Creed title would indeed be coming to the PlayStation Vita in the form of Assassin’s Creed Liberation.

Liberation will be set in New Orleans and star a female Assassin, the first time players have played a female assassin in franchise history, named Aveline. Aveline will apparently come across Connor, ACIII’s protagonist, some point in the game as well. Those who happen to pick up Assassin’s Creed III on the PS3 will also be able to link their Liberation game to the console title and unlock some bonus content. Nothing says platform motivation like console specific extras! Either way, check out the trailer below and see Aveline use her own assassination techniques to take out enemies.