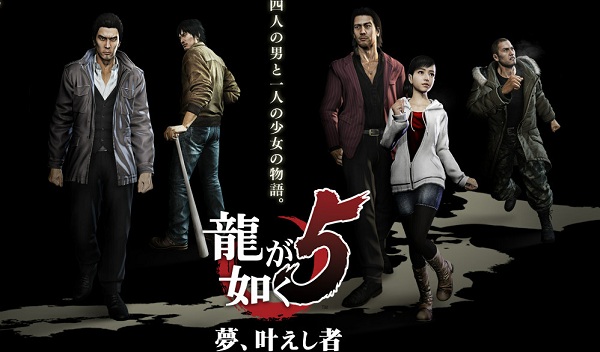 We just heard about the main characters that players will be able to take control of when Yakuza 5 hits Japanese store shelves in December and now Sega has updated Yakuza 5’s Japanese website with a slew of new images of these main characters.

For the most part all of the returning guys still look the same but we also seen the slightly grown up version of Haruka Sawamura as well as what the brand new character, Tatsuo Shinada, will look like. There are also a few images of each of the five areas players will be exploring. These images are accompanied by a large amount of Japanese text that differs between characters, however at the moment there exists no English translation of this text.