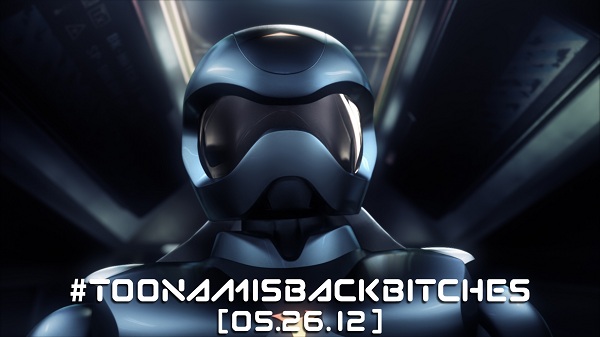 Many of you may remember when Cartoon Network used to feature a great block of animation every day back in the ’90s. That block of anime used to always air during Toonami, however over the years Toonami was gradually reduced until it was eliminated completely. However back on April Fools’ day last month Adult Swim ran a classic block of Toonami anime.

The outcry of support for Toonami was absolutely overwhelming so it only makes sense that Cartoon Network choose to re-instate the Toonami block. Adult Swim revealed on Twitter that the much loved Toonami will return on May 26th. Exactly what shows will be airing on Toonami have yet to be revealed, though let us hope that it contains a number of brand new shows.

Black Lagoon to debut on Toonami in March