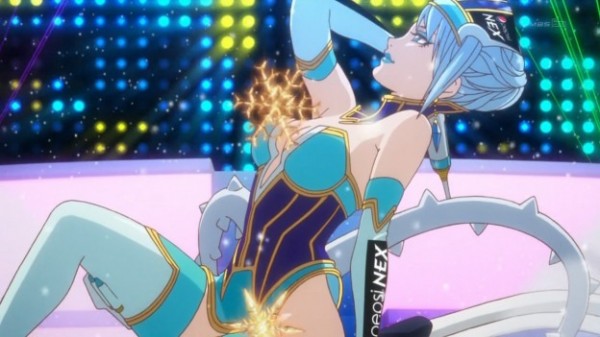 Over the past couple of weeks Viz Media has been slowly revealing the cast who will be handling the English voice acting for their translation of Tiger & Bunny. Despite all these teases however, they company hasn’t actually given any release window for the anime.

That was until Saturday during FanimeCon where a Viz representative stated that the show will be released in early 2013. Of the voices they have revealed so far we have Karina Lyle, also known as Blue Rose, who will be handled by Kari Wahlgren, Laura Bailey handling Dragon Kid’s voicework, John Eric Bentley as Fire Emblem and Patrick Seitz as Sky High. Curiously enough, the two main characters, Barnaby Jr. and Kotetsu have still not been given English voice actors. Who would you like to see voice these two?