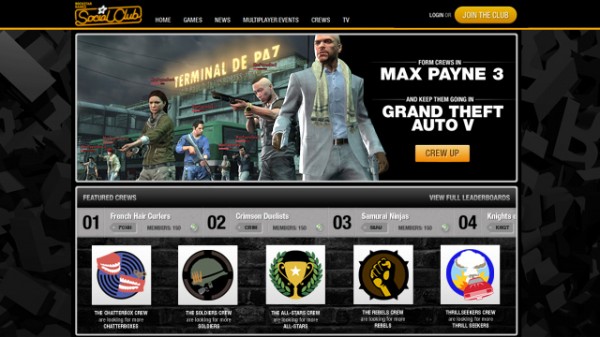 Players can create their Crew Clubs and join up to five separate crews, and engage in multiplayer mayhem against other Crews. Players can also design their own Emblems for their Crew and designate their squads as either All-Stars, Soldiers, Rebels, Thrill Seekers, or Charrer Boxers. There will be an Experience points system that will allow you to unlock awards, further more the Social Club service will be integrated across PlayStation 3, Xbox 360, and PC platfroms.

Players who create a Crew between now and 15 May 2012 will receive the title of ‘Founder Crew’ and have access to special awards and benefits. You can check out the new and improved social club in the link below