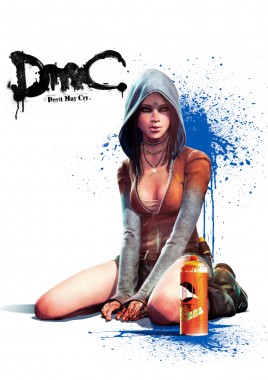 Fans of the Devil May Cry series awaiting (or not looking forward to) the fifth official entry in the series, titled DmC, will not be able to play the game this year as Capcom has officially confirmed the release date for English speaking territories.

As reported by Capcom Unity today, Capcom will be releasing DmC in Europe and North America on 15 January 2013 for the PlayStation 3 and Xbox 360. There will also be a PC version that will be released sometime later in 2013.

Also with this release date announcement comes a character unveiling, this female character is named Kat. Here’s what Capcom had to say about her:

“Kat is a former runaway that joined The Order very early in her life. She is a medium and a gifted psychic who can see into Limbo, the demon realm, but not directly interact with it in the way that Dante does. She is the right hand girl to the Leader of The Order and devotes her life to him, often putting herself in grave danger to gather intelligence from Limbo.

“There is a sweet innocence about Kat’s world view and logic, but when it comes to her specialist subject, the demon realm, she is an undoubted expert. Kat is The Order’s ‘eyes and ears’ and is tasked with guiding Dante on his mission through Limbo.”