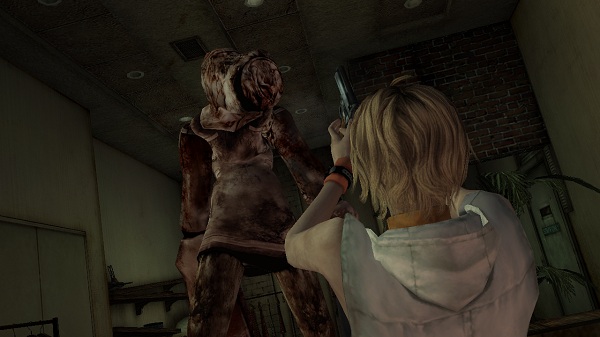 Over the past few years HD Collections of classic franchises have become quite common. Just a few months ago Konami released their own HD Collection featuring two games from the beloved Silent Hill franchise. However upon review, many people, including myself, found that the HD upgrade actually made the game worse in a number of areas.

“We got all the source code that Konami had on file — which it turns out wasn’t the final release version of the games! D’oh! So during debug we didn’t just have to deal with the expected ‘porting’ bugs, but also had to squash some bugs that the original team obviously removed prior to release, but we’d never seen before. A lot of assets such as textures and sound had to be taken out of the compiled game, and that brings with it a host of unique issues, especially taken on top of the tricky coding workarounds at play in the original games. We certainly had our hands full. I think at one point Silent Hill 3 protagonist Heather was blue.”

This issue may explain a number of problems that gamers had with the title, such as buggy gameplay, audio problems and sub-par texture and graphic enhancements. However all is not lost as Tomm also said that after the company released their initial patch he “played through Silent Hill HD Collection armed with righteous indignation and Internet complaint threads. I made a list of every issue I could find. Hijinx is hard at work addressing as many of those issues as is feasible given our resources.” So perhaps there will be some new patches in the future that will iron out fan complaints.