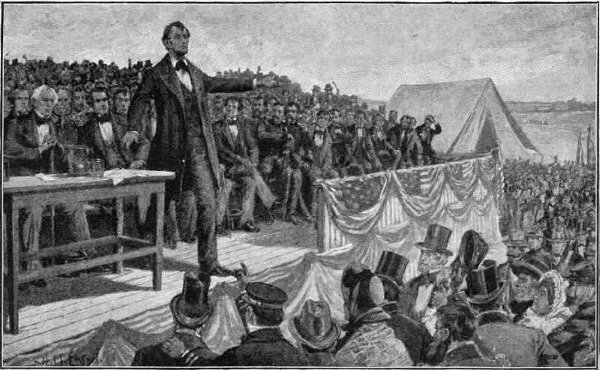 Fourscore and 30 dollars ago I went forth on this great internet to purchase a game, for those not as “in the know”, score is equivalent to 20, making the purchase about $110 dollars after tax.  Which game would it be that I was getting then?  Obviously, some sort of special edition seeing as currently here in the US the mainstay is 60 for vanilla edition.  Well, to be honest it was the Halo 4 Limited Edition, which despite its added content still has people decrying about a lack of Legendary Edition.  My question is, why? 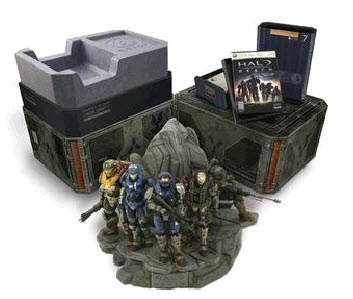 Yes, the Legendary Editions in the past were cool and interesting, but now the market seems to be gluttonously engorging itself on these kinds of things.  The Halo 3 helmet was interesting and I certainly got it, but now it sits on a shelf under its dust cover, while the cover collects dust.  When Reach came out I was not so easily led by its pied piper song, and abstained from its Legendary Edition because I don’t really have room for the statue it included.

Other games have followed suit and have begun offering similar fair.  Batman with its Batarang, COD with night vision goggles, and the Assassin’s Creed series with a variety of statues, but these are all cosmetic physical items that should only be for the truly die hard fan.  Now, Assassin’s Creed 3 will have a 3 different editions to choose from, but the worst problem is that getting the most expensive one does NOT net the buyer with all the previous editions material.  At least Halo: Reach had the decency to have the Standard Edition inside the Limited Edition inside the Legendary Edition, to ensure you got everything. 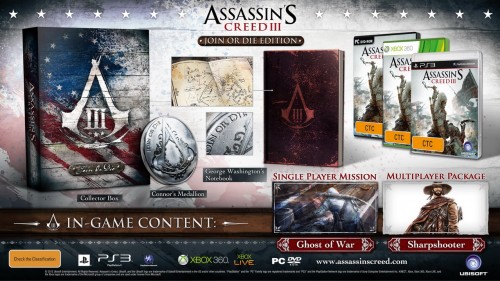 This is why I believe Halo 4 is doing it right, no Legendary Edition with a statue that will be filling up your shelf space, but even more than that it includes future DLC with the purchase.  Talk about doing it right, stats show that DLC needs to be dropped in a fairly quick succession after release to ensure it’s bought before players move on to the next thing.  Ensure its purchase at launch and BAM, it’s up to the players to ensure they get their monies worth out of it.  Games have already been putting the first DLC with the initial purchase to try and do this, but Halo 4 is going all in with 3 map pack DLCs, not to mention the already included Spartan Ops season of weekly updates completely for free. 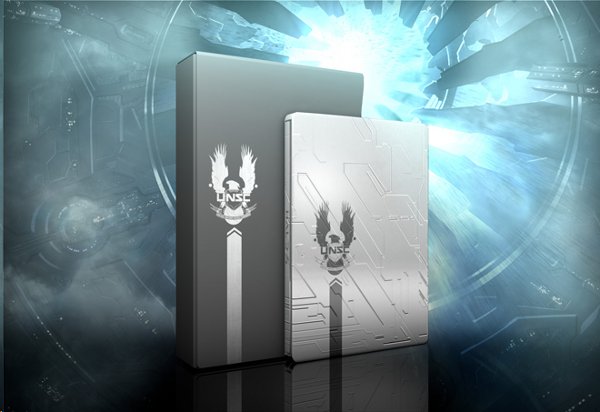 So my question is, why the desire for a Legendary Edition, when after you think about it the Limited Edition is offering a lot more than most other games in terms of actual gameplay, plus an entire 90 minute film.

Fourscore and 30 dollars ago, I went to purchase a game, so I purchased an entire game.