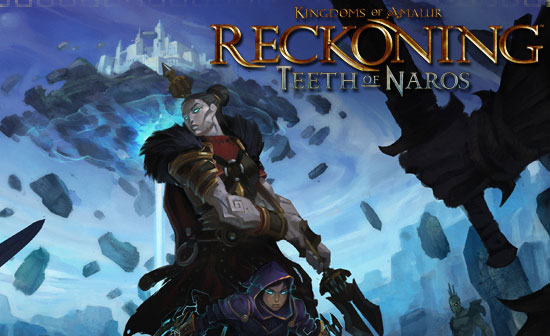 EA Games have today released the second helping of Kingdoms of Amalur: Reckoning downloadable content. The second instalment of DLC is titled The Teeth of Naros, with the previously DLC being called The Legend of Dead Kel.

The Teeth of Naros focuses on a new area called the city of Idylla which hovers in the sky above the fearsome Teeth of Naros. Players can explore this new location in the Teeth of Naros DLC  available now on the Xbox Live Marketplace for 800 points and the Playstation Network, Origin and Steam for $9.99.

What do you think of the new Reckoning DLC? Let us know in the comments section below.