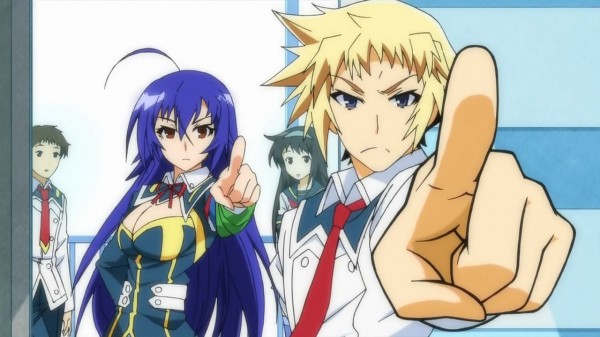 Today Sentai Filmworks announced that they have acquired the license to release the Medaka Box anime series both on home video and stream it through “select digital outlets soon.” At the moment they did not go into detail as to whether or not the anime will be given an English dub nor if it will be released on Blu-ray.

For those who don’t know, Medaka Box is an anime adaptation of the manga of the same name which is written by NisiOisin. The story follows the student council president Medaka who possesses near god-like power. The Student Council will take any requests for help via a suggestion box, this includes multiple life risking challenges that the whole student council must take on, including Zenkichi, Akune and Kikajima.