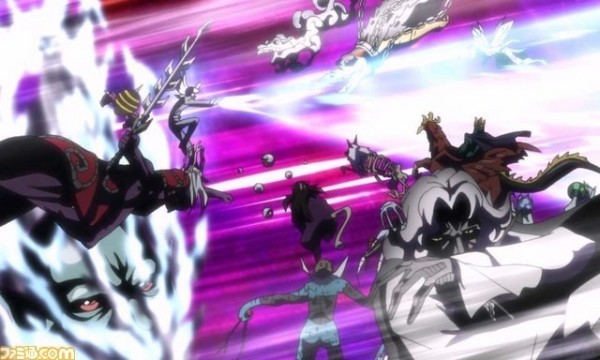 As reported recently, a port for the Sega Saturn (and later PlayStation) Shin Megami Tensei title, Devil Summoner: Soul Hackers, will be getting a release for the Japanese Nintendo 3DS this year.

Courtesy of Japanese video game publication, Famitsu, we get the first set of screens of this upcoming enhanced port. These first screens show off the new animated cut-scenes that will be featured in the game as well as a little glimpse of the battle system. Like the original version and other traditional Shin Megami Tensei titles, this game will be using a first person view during exploration and battle mode. You can view these screens below.

Catherine’s box art is in a league of its own