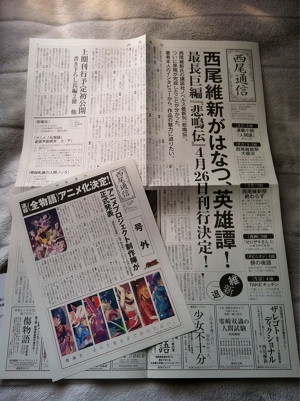 This news was discovered in a supplemental extra that was mailed alongside the Nisio Tsūshin newsletter which contained the great news. No expected release window was released for any of these adaptations, but considering how well every single Monogatari series has done in Japan, it is a no brainer for these releases to continue.

Nisemonogatari to be simulcast by Crunchyroll