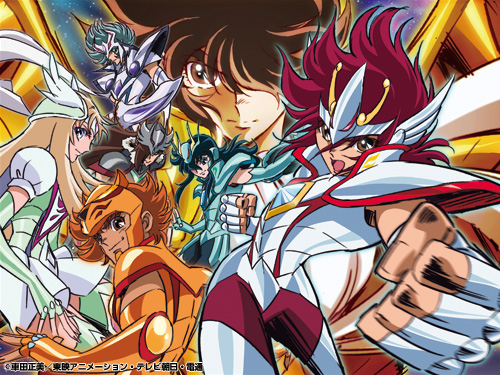 It was recently announced that the infamous Saint Seiya anime would be making it’s triumphant return with it’s Spring 2012 sequel called Saint Seiya Omega. Today, new details on the upcoming anime series have been revealed, in particular the series’ cast. The cast is as follows:

It’s undoubtedly a star-studded cast for what is easily one of the most hotly anticipated anime of the Spring 2012 anime season. The series is set to focus on the next generation of Saints in the Saint Seiya universe. It is set to premiere on the 1st of April, 2012.