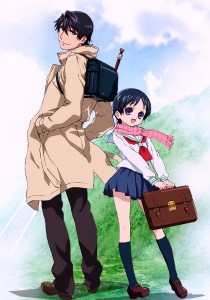 Today it has been confirmed that a second season of the Winter 2012 anime series Recorder and Randsell is in the works. The first season of the series began earlier this year and was simulcast on Crunchyroll for Western viewers.

The series itself is based upon the popular 4 panel manga series from Meme Higashiya, which revolves around a brother and sister, both of whom do not look their age.

A preview trailer for the second season was also released and can be seen below. Be sure to check it out and let us know what you think of Recorder and Randsell getting a second season in the comments section.