There are also ‘Vendettas’, a choice you can make that allow you to gain revenge on someone who has killed you twice in a row. Extra experience points are earned if either of you kills the other again, so it’d be best to make good on a vendetta. You can also gain experience points from looting dead bodies, assisting kills, or just being plain awesome.

I have to say, the Max Payne elements that are brought to the multiplayer environment really work fantastically. On top of those already mentioned there is also Shootdodge, a mode in which you can skilfully and coolly escape a slew of bullets and also jump out of a window at the same time. Because you like making a real statement when you exit a room.

Overall the multiplayer was fantastically fun and I was loathe to leave it. I could have easily spent a day on it, eyes fixed to the screen, desperate to get back the douche who had just shot me from behind. And, after all, isn’t that the sign of a good multiplayer? 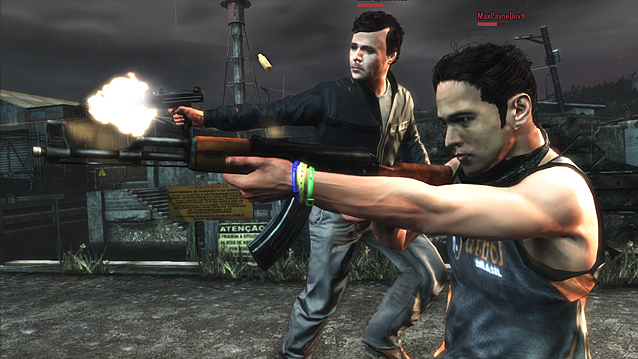 What do you guys reckon? Is the multiplayer something you’re really keen on, or is it just a cool little extra you might give a shot a couple times? Let us know in the comment section below!