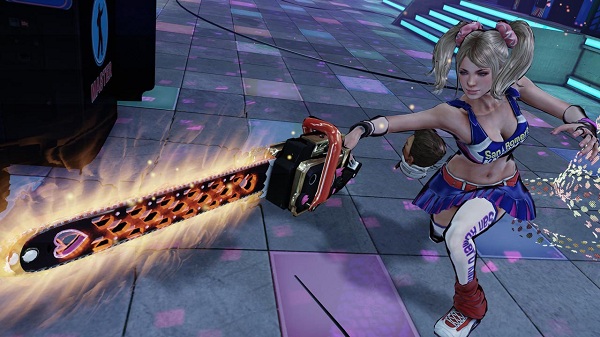 Lollipop Chainsaw is probably one of the most unique games we will see all year, however Suda 51’s crazy little zombie killing cheerleader only had a vague 2012 release date. That was until today when Warner Bros. announced at GDC that the game is scheduled to be released on June 12th in North America. Europeans will need to wait a day longer as it will be released on June 13th there.

For those who don’t know about the game yet, players will play as Juliet Starling, a cheerleader who uses a colorful chainsaw to kill any zombies that get in her path, especially the ones that have invaded her school.

The ESRB has a lot to say about Lollipop Chainsaw