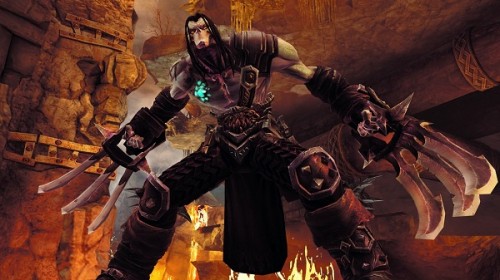 At a secret location earlier this week, Capsule Computers were given the opportunity to play through the upcoming Darksiders 2 video game, featuring Death – One of the four horsemen. Unlike most game sequels, Darksiders 2 runs parallel to the first game and may even cross over at certain points. Even better than that though, was that we managed to get an interview with the awesome Jay Fitzloff the producer at Vigil Games for Darksiders 2. During our interview we uncover many important aspects to the game as well as insight into the games overall development. Is Darksiders 2 an RPG-ification of the Darksiders franchise? Was that intentional? Most importantly, is there any useful information presented by the interview? Find out in the video embedded below.