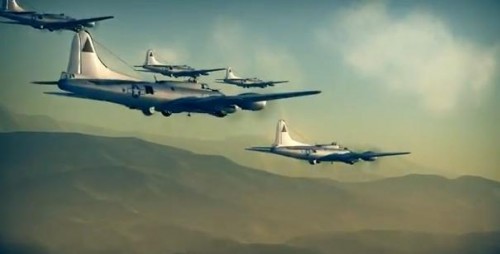 While it hasn’t been heavily promoted, Konami’s Birds of Steel has flown into stores today for the Xbox 360 and Playstation 3, and flight sim fans should definitely take notice. This title lets players take to the skies in 100 customizable World War II planes, where you can relive or recreate history.

To celebrate this release, a launch trailer has taken off that shows the game in action as of today. This trailer shows us a bit of what players can expect when it comes to visuals and gameplay, and even though the visuals are no Ace Combat, the actual game itself seems pretty exciting, making this one under-the-radar Konami release you should definitely consider emptying your wallet for. Check out the trailer below and let us know what you think in the comments section.