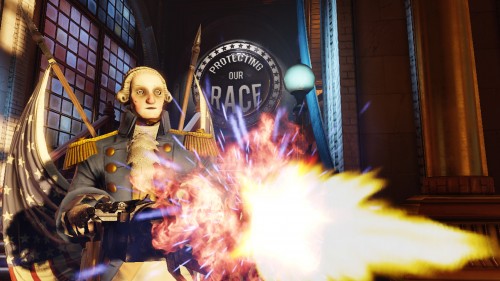 In the first episode of a Heavy Hitter enemy-introduction video series, Irrational Games introduces you for the first time to one of the unique BioShock Infinite antagonists you’ll be facing in the city of Columbia: Motorized Patriot.

An odd name for an odd enemy, then. You’ll notice it’s a strange foe to be facing, but it wouldn’t be Bioshock without it, so allow Irrational Games’ creative director Ken Levine and art director Nate Wells to talk you through this most patriotic of adversaries.

Bioshock Infinite will come to PlayStation 3, Xbox 360 and PC on 19th October this year. For now, check out the video featurette below: