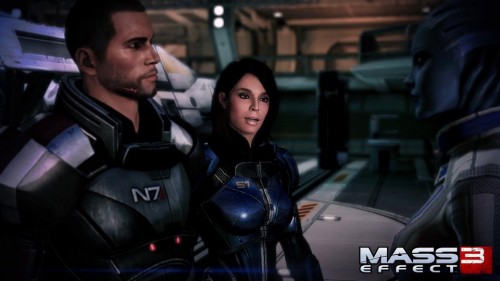 Mass Effect 3 is one of the most anticipated titles in 2012!  We have two copies of the game on either XBOX or PS3 to give away and we want YOU to win a copy!

So how do you win? It’s easy! Just follow these simple steps:

If you are a lucky winner & you have referred others to join up, you will also win either 2 xbox360 or 2 PS3 controllers as a bonus, plus a HDMI cable!

To win the extra stuff  enter the following POST “Code” at Bluemouth’s Wall.

“@Bluemouth Interactive has an awesome Mass Effect 3 comp to winner over at ….Get on over”

We’ll know they’ve done it so we can take note of your entry so make sure you share this out to all your friends, and get them to refer you so you have a bigger chance of winning both the game/strategy guide and the 2 controllers of your choice.

Competition is open worldwide  and winners can elect to receive either the Xbox 360 or PS3 format of the game.